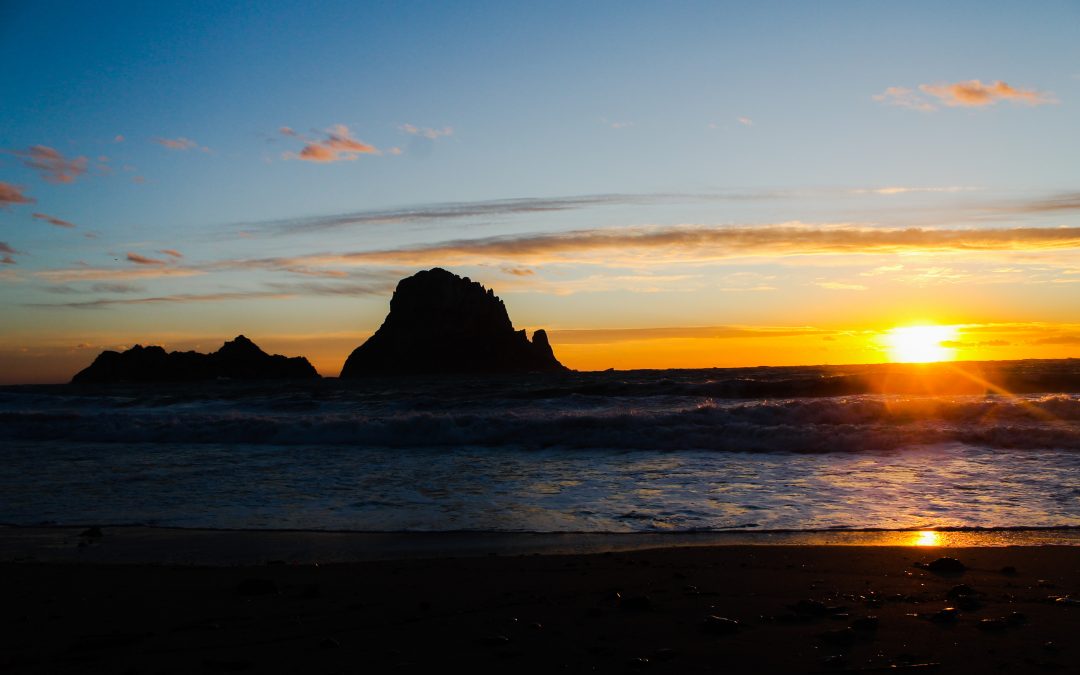 So, as mentioned in my very first post, last March Mr W and I picked up the keys to our holiday home in Ibiza.  Now for those who know me, this may seem laughable given my penchant for an early night and my apathy to alcohol.  However, bear with.  Ibiza is about so much more than glow sticks and raving.  Although, don’t get me wrong, I am very partial to the odd disco dance now and again.  In fact, we got engaged on sunset strip and it was outside the famous Café Mambo, to the tunes of Bob Sinclar, that Mr W & I made the life changing decision to sell our house and buy our little piece of Ibiza.  With more than 80 beaches and coves to explore and food to die for, what it lacks in size, it more than makes up for in beauty.  So, I thought I’d use my little corner of the t’internet to document our discoveries, to create a record we can look back on, and to share our finds with anyone who might be interested in all things Ibiza.

So, our first visit of the year was just a couple of weeks ago for a long weekend.  And it consisted of eating (standard!), shopping and watching sunsets.  Worth also noting the abundance of almond blossom and orange and lemon trees at this time of year – stunning.

Anyhoo, see below a round up of highlights from our trip:

I. LOVE. FOOD.  I’m one of those live-to-eat kind of gals so holidays predominantly revolve around when and where we’re going to fill our faces.  And one  of my most favourite foods is Mexican.  So, being an all-round good egg, Mr W – King of research – found an all-you-can-eat Sunday Mexican Brunch buffet at The Ocean Drive Hotel in Ibiza’s yacht harbour, Marina Botafoch.  HEAVEN!  Now it was a little on the windy side so, when we arrived I looked like I’d been dragged through a hedge backwards, frantically trying to finger comb my hair in to a mildly tamed state as we were met in the uber swank reception area by a crowd of cool peeps quaffing Bloody Marys.  We loitered for a bit whilst we awaited the go ahead to enter the dining room, me swigging on my obligatory holiday Fanta Limon, Mr W on his beer.  Then the moment came – the food.  And it did not disappoint.  We were served quesadillas to the table, amongst other delights, and tucked in to the buffet full of Mexican goodness (see menu here).  I’ll let the photos below do the talking. THERE WAS EVEN PUDDING, PEOPLE!  Plus, I was able to have a cheeky sangria to wash it down.  Oh, and a complimentary giant size shot of tequilla.  Well, when in Rome and all that!

Another one of my loves is interiors.  I can swoon over Ideal Home, Pinterest and various Interiors blogs for hours so imagine my delight at having another abode to put our stamp on!  Amaze!  We were fortunate that the previous owner had pretty exquisite taste when it came to furniture so we have inherited some bone fide designer pieces but that doesn’t stop me conjuring up all kinds of schemes in my head and on my Pinterest boards.  Now, from what we have so far discovered in our home shopping escapades, everything is mega expensive, in the main part due to Ibiza being an island and most things having to be imported.  Add to that the VIP contingent who reside on Ibiza and you’re talking mega bucks for most things.  However, fortunately for us (and our wallet), we found a fab place called Sluiz, not too far down the road from us, that sells colourful and quirky homeware for reasonable prices and it’s a delight to peruse.  It’s got a sense of humour too with comedy parking signs when you arrive and huge blue cows out front so you can’t miss it!  I’m currently trying to convince Mr W we need one of their penguin lamps but sadly he’s having none of it!

The west coast of Ibiza is renowned for its famous sunsets.  And it was as the sun set in front of Café Del Mar back in 2007 that Mr W asked me to marry him.  Awwwwww.  And on our most recent trip, we drove down to Cala d’Hort, on the south west of the island, to watch the sun set over Es Vedra.  Es Vedra is an uninhabited rock (apart from the odd goat) that is said to have positively healing and creatively inspiring energy and is the 3rd most magnetic spot on the planet.  So naturally I had my camera poised, hoping to inhale all that creativity and get some good shots.  It’s pretty majestic and the sunset really is beautiful.  Not sure about it’s magnetism, although my hair was indicative of an electric shock by the time we left so who knows!

And that pretty much sums up the highlights.  So until next time, Amigos.