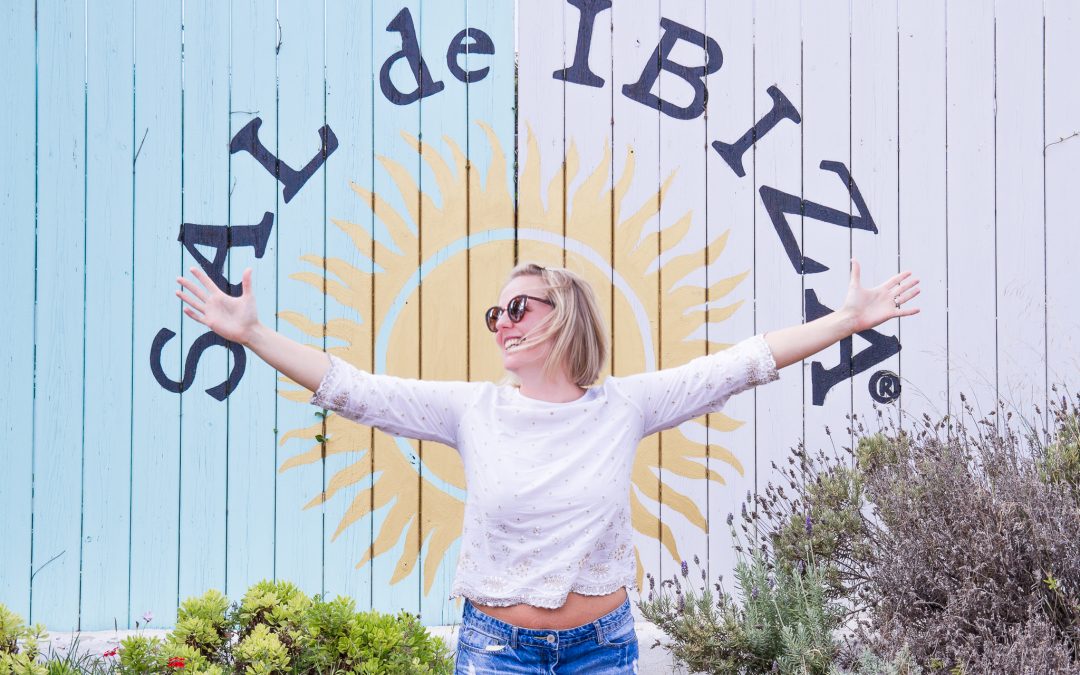 This is it!  2017 ends tonight.  The year of Trump and Prince Harry’s engagement.  The year I wore pleather leggings and silver boots.  And most importantly, the year I said goodbye to the corporate world that has been my home for the past 21 years.  A pretty monumental year to say the least.

So before we ring in the new year, I thought I’d take this moment to reflect on the lessons 2017 taught me:

Ibiza is ALWAYS a good idea

So rewind to May 2015.  The month Mr W and I decided to act out our very own episode of “A New Life In The Sun” (minus Jenny Faulkner), and nose around a beautiful apartment on the white isle whilst on our jollies.  We had no intention of turning it in to a reality, however, the Ibiza Gods (and estate agents) clearly had other ideas and the seed was planted.

After viewing the apartment and meeting the neighbours, we had our f**k it moment at Café Mambo whilst bopping along to the tunes of Bob Sinclair and, upon returning to the UK, put our recently refurbished 4 bed Victorian semi on the market.  And the rest, as they say, is history.  We picked up the keys to our new Ibizan pad in March 2016 and have had the best 18 months of our lives getting to know our second home.

But more than the obvious sun, sea and sangria, Ibiza has bought me so much more.  It’s bought me optimism, adventure, inspiring friends and Lydia.  The decision to sell up and buy somewhere out there pushed me way outside of my comfort zone for the first time.  It scared the hell out of me but the reward was worth every scary nanosecond.  I felt a shift in my outlook.

And it was stood atop a rock in the middle of the sea in August 2016 that I finally realised I’d been a passenger in my own life for far too long.  Bumbling along, never taking any chances, always standing on the edge wondering what might be but not having the courage to go for it.  Always thinking exciting lives were for other people, always playing the supporting role, never the lead – I wasn’t cool/clever/good enough to be anything else.

But Ibiza made me feel brave.  Not brave enough to jump off the rock, mind, but brave enough to take control of my life and hire Lydia to help me.  And I have not looked back.  Ibiza brings out the best in me, it inspires me and I can’t wait to see what the island has in store for us over the next 12 months.

That’s me atop THE rock. Incase you can’t work out which one I am, I’m the translucent one doing my best Tom Daley impression. But without the diving bit! Photo courtesy of a very patient Piers Dupoy of Ibiza Film Crew

Nothing has to be forever

So this has been a pretty big revelation for me this year.  Although I’d talked about changing career for years and years…..and years, I always believed that whatever I changed to would have to be THE career.  The one I’d do forever and ever amen.  That I couldn’t possibly change again – that would just be fickle, right?  WRONG!

This year I realised nothing has to be forever.  You don’t have to have a carefully plotted out master plan before making a change.  For one, with no crystal ball to rely on, you just never know what’s round the corner anyway.  Infertility was never in my plan.  Can’t say Accountancy was either but both happened and both have taught me a great deal.

And this year I have learnt to be flexible, to work on one step at a time without worrying about where it will or won’t take me.  To let go of the picture of how it’s “supposed” to be.

2018 is about becoming a better photographer hopefully but if this time next year I’m doing something totally different?  That’s OK too.  I realise whatever decision I make, I can always unmake it, change the plan.  Step 1 – make the decision, make the change.  The rest will work itself out, one step at a time 🙂

The Power of Yes

2017 was very much the year of me saying yes.  Saying yes to stuff that, quite frankly, scared the bejeezus out of me!  Putting my blogs out there on to the interweb = YIKES!  This time last year, the thought of someone from work reading about my infertility sent shivers down my spine yet on the 22nd December when I left my job, I shared my website with the whole company.  What a difference a year can make, right?

And probably the most scary thing this year has been putting my photography out there.  The photography I had never believed good enough to charge for.  But people have paid me.  People are booking me.  My photos are on social media feeds, websites and people’s actual walls!

And monumentally, I actually said yes to photographing a wedding.  Something the Sally of 2016 and prior would never have said yes to.  The pre-2017 Sally would not have even considered saying “I’ll think about it” let alone YES!  But saying yes has opened more and more doors and helped me see my potential.  I may not be the photographer I want to be just yet, but with every yes I’m getting there.  So to those of you that have booked me and given me opportunities this year, a big, heartfelt thank you.  Thank you for believing in me x

The Universe Has Your Back

OK, so before you roll your eyes and call me a stark raving hippy, bear with me on this one.  I have genuinely been shocked at how true this is and have a few examples that may change your mind if you’re a non-believer…

I start reading online Ibiza magazines and a link in one fateful article lead me to Lydia, the lady that quite literally helped changed my life.

The month I had my biggest wobbles about leaving my job ended up being my busiest month for photography gigs this year where I have taken some of my best photos yet – the exact time I needed reminding I could do it.

So I’m converted.  If you put it out there, it comes.  But you have to believe.  Bit like Santa really.

And finally, 2017 is the year I learned to be grateful.  Prior to that I was so focussed on what I couldn’t do, why I couldn’t do it and what I didn’t have and, to be honest, it was a miserable place to be.

This year I realised I was in control of every last inch of my life and everything is possible.  I realised that although Pru will always be there, I don’t have to listen to her!

I also learnt the power of positive energy and what a difference it could make to life when surrounded by it.  I am so very fortunate to have such supportive friends and family, old and new, who have embraced and cheered on the new Sally.  Not everyone can cope with change or is even all that interested in it, that’s inevitable, but to those who have wholeheartedly supported me this year, shared/liked/commented on my posts, sent me thoughtful cards/messages/gifts throughout my wobbles and triumphs, thank you.  Thank you for believing in me.  I’ve needed you more than you will ever know and it’s because of you I sit here, unemployed.  Lol!  Joking aside, it’s because of you I found the courage to create a new life on my terms and I be forever in your debt.

But the biggest thank you of all has to go to my very own Mr W who has been with me through thick and thin, through all the heartache and tears, and who has shared and cheered me on during the exciting changes 2017 has presented without an ounce of doubt I could do it.  I couldn’t ask for a better partner in life and I am certain without him I wouldn’t have achieved half of what I have this year.  My very own superhero xx

So that’s 2017 in a nutshell really.   Year of huge change and exciting times.  And although I go in to 2018 not knowing exactly what it’s going to look like, I’m excited.  I’ll probably spend January wandering around the flat in my PJs wondering what to do, but I’m excited to see what the future holds and hope you all stick around for the ride 🙂

The title photo of me attempting to look like a bone fide blogger was taken by none other than Mr W.  Must work on my poses.  And get a better bra!